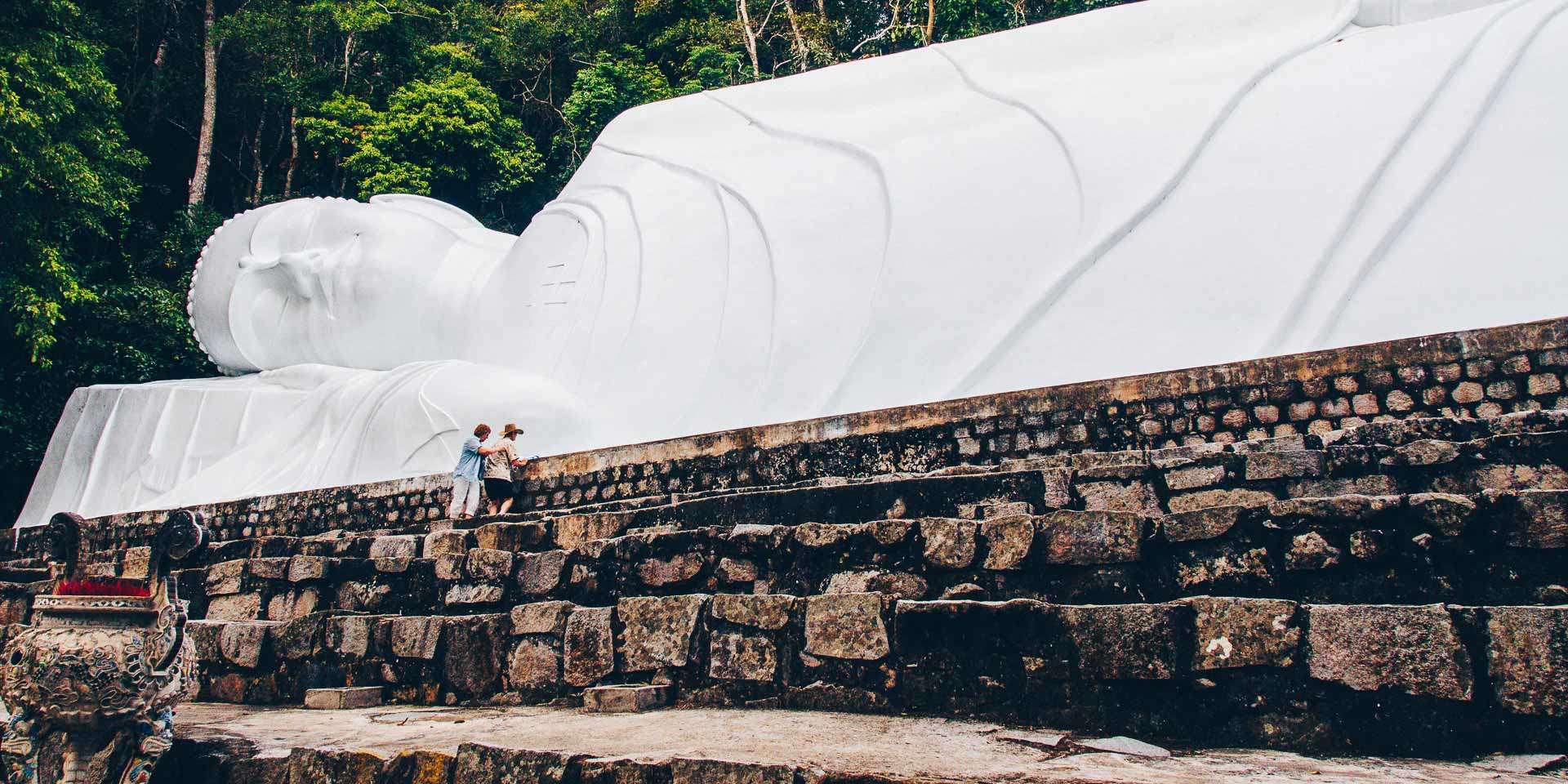 Everyone has their favorite Vietnam moment, the moment you realized that Vietnam has its own distinct personality. The moment you end up telling your friends about endlessly when you get home. It might be the overwhelming sight of a thousand motorcycles bearing down on you while you make a mad dash across the streets of Hanoi, the sight of the blood red sun as it dips beneath the sea at Halong Bay, the smell of freshly cooked Pho soup at a street restaurant, or the feeling of warm sand between your toes as you stand on one of Vietnam’s truly endless beaches.

Vietnam, or the Socialist Republic of Vietnam as is it’s official name, is the easternmost country on the Indochina Peninsula in Southeast Asia. With 4000 km of coastline, miles of dense rainforest and a hill country rich in both natural beauty and culture, Vietnam has something for most travelers.

For a long time, it’s been part of the so-called “Banana Leaf route”, the traditional backpacker route through South-East Asia, where every year thousands of young backpackers follow the coast of Vietnam and into Halong Bay. The trip goes from hectic Ho Chi Minh City (Saigon) to historic Hanoi. Although Vietnam doesn`t have nearly as many tourists as Thailand, the tourist industry is getting bigger and bigger each year.

Vietnam has a pretty bloody history. It was a part of the big Imperial China until it got its independence in 938 AD. In the mid 19th century Vietnam was colonized by the French, with a brief Japanese occupation in the 1940s. The French got expelled from Vietnam in 1954, and the county was divided politically into two rival states; North and South Vietnam. The conflict intensified, with heavy intervention from the USA (they supported South Vietnam), into what is known as the Vietnam War. The war ended in 1975, with a North Vietnamese victory. After the war, Vietnam was unified under a communist government.

When To Visit Vietnam

Because of differences in latitude and the big variety in topography, the climate tends to vary considerably from place to place. The dry season is November to April when most part of the country is dry.

We used the Lonely Planet`s Vietnam travel guide on our trip. You can get that and other great books by clicking on the pictures below: 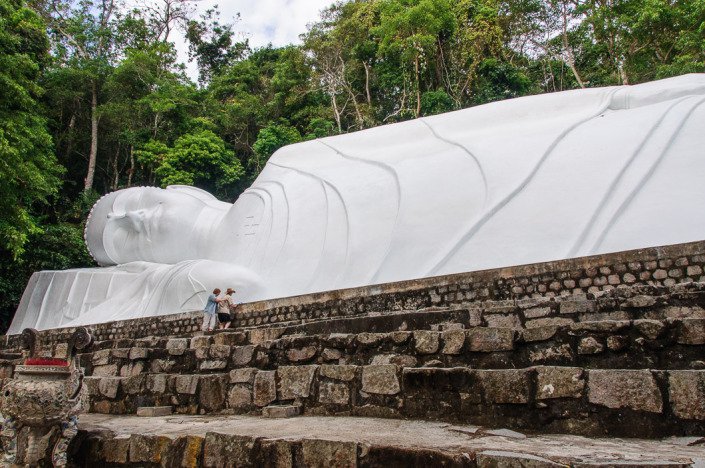 by Maria Wulff Hauglann
After spending some nice, lazy and relaxing days at the White Sands Beach in Mui Ne, Vietnam, we figured we needed some exercise. And what is better than climbing a mountain when you get restless?! We had read in travel…
END_OF_DOCUMENT_TOKEN_TO_BE_REPLACED
Last updated Jun 4, 2017 13 Comments 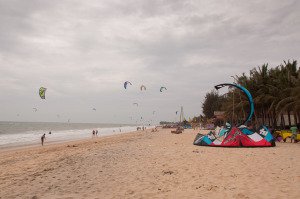 by Maria Wulff Hauglann | Last updated May 28, 2021
It so happened I had my birthday while we were in Mui Ne together with my brother and his girlfriend. We did not have any plans for the day, except to go out to a nice restaurant for dinner in…
END_OF_DOCUMENT_TOKEN_TO_BE_REPLACED 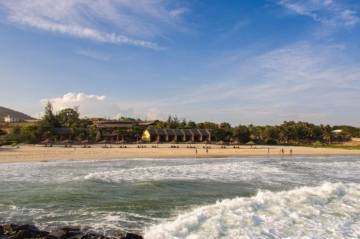 by Maria Wulff Hauglann | Last updated May 5, 2020
After Christmas, my brother Christer and his girlfriend, who both live in Oslo, wanted to get away from the cold snowy Norwegian winter, and come and meet us somewhere in South East Asia. All they wanted was a relaxing warm…
END_OF_DOCUMENT_TOKEN_TO_BE_REPLACED

Maria on Sun, Sea and Kite Surfing at White Sands, Mui Ne, Vietnam Hi Greg, Thank you so much for your comment! We sadly visited neither the Fairy Stream nor the sand dunes. They both look fantastic so a good reason for us...

Greg on Sun, Sea and Kite Surfing at White Sands, Mui Ne, Vietnam In Mui Ne, I liked Fairy Stream and sand dunes the most. It is a pity that there is so much rubbish. I hope they will pay more attention to...

Maria on Climbing Ta Cu Mountain Mui Ne, Vietnam Hi Camille, Thank you! So glad to hear that you liked it and find it useful! Hmm, I actually don't know if you are allowed to bring your dog to...

Camille Monroe on Climbing Ta Cu Mountain Mui Ne, Vietnam THANKs guys for the great article about Tu Cu. We want to go with our dog, do you know if they allow dogs in Tu Cu mountain? Thanks so much