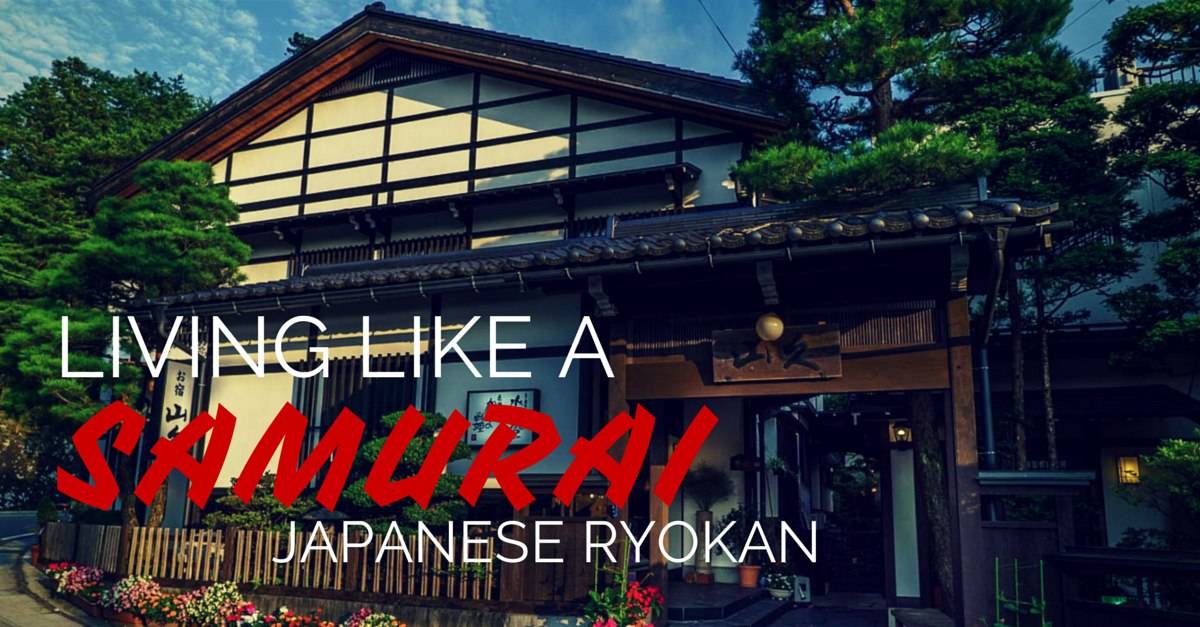 We are met by a sweet and smiling woman who greets us with a bow and a “Konnichiwa” (hello in Japanese) at the entrance of the classic and stylish Yamakyu Ryokan in Takayama where we have booked a night.

A young man comes out and helps us with our bags, while we are kindly asked to take off our shoes in the hallway and put on a pair of bright red slippers before the woman follows us through narrow corridors up to our room on the second floor. We are ready for our first ever Ryokan experience! 🙂

What Is A Ryokan?

A Ryokan is a traditional Japanese inn. You will find Ryokans all over Japan, but especially in the Onsen (hot springs) areas in the Japanese Alps and by the coast. There are in fact more than 50 000 Ryokans nationwide! Ryokans date back to the Edo period (1603-1868) when they served travelers and Samurais along the Japanese highway.

There are many different kinds of Ryokans in Japan, from small family-owned ones with only a couple of rooms to large hotel-like facilities with hundreds of rooms. A Ryokan room typically has tatami matted floors, futon beds (mattresses on the floor) and the guests are provided with “yukata” (summer kimono made of cotton), slippers, and tea and biscuits in their room.

A Ryokan also typically has a public area where the guests can socialize and talk to each other. Usually, the guests wear the provided “yukata” when inside the Ryokan, also in the public areas.

Almost all Ryokans have common bathing areas, called “ofuro”, with water from a nearby Onsen (hot spring).

A Ryokan is not only a place to sleep; it is a way of experiencing the traditional Japanese culture and lifestyle, and their hospitality. A stay at a Ryokan usually also includes traditional local Japanese food, as dinner and breakfast are often included in the price.

The receptionist guides us through narrow corridors beautifully decorated with Japanese art. It feels like we are entering an old Japanese castle and can easily picture the hallways and living rooms full of Samurais! 🙂

The woman stops in front of one of the doors in the corridor and hands over the key. We slide open the door and step into our Ryokan hotel room. The floor is covered with tatami mats, while the room is empty except for a little table with three chairs without legs.

The woman soon returns to serve us green tea and some small cakes in the shape of “Sarubobo”, a Japanese amulet special for the town of Takayama. Sarubobos are red human-shaped dolls, with no facial features, made in a variety of sizes and materials. Traditionally, sarubobos are made by grandmothers for their grandchildren as dolls, and for their daughters as a charm for a good marriage, healthy children and to ensure a well-rounded couple. The Sarubobo cakes are delicious!

And we even have WiFi in our room, yay! 🙂 Very few hotels in Japan have WiFi (mostly cabled ethernet), so we are pleasantly surprised!

After some tea and cakes, we decided to go for a little stroll around the neighborhood. Just across the street from our room, there is a beautiful temple that we want to have a closer look at.

After our afternoon walk in the temple and its surrounding park and forest, it is time to check out the Ryokan`s Onsen! So we put on our yukatas (kimonos) and walk down to the common bath area in the basement.

Read more about our Onsen experience and learn how to take onsen without breaking the unwritten rules.

Well back in our room, fresh and clean, it is time for the dinner which is included in the price of our stay. Most Ryokans serve meals in the guests`room, but this Ryokan has a communal dining area. It was nice to dine in a dining area like this, cause then we get to talk to the other guests, and it is social and fun. We enjoyed it very much!

Ryokan meals consist of traditional Japanese cuisine known as “kaiseki”, which features seasonal and regional specialties. So our dinner consists of some small, varied dishes of fish, calamari, noodles, meat, vegetables and rice beautifully served on small plates. Here are some of the dishes we had for dinner:

After all the delicious main courses, we even get dessert which is some kind of sweet jelly stuff with milk (a little bit strange), and of course green tea:

It is a delicious dinner with all kinds of Japanese specialties that we would never have tried if it was not for our stay at the Ryokan.

All full and satisfied, we go back to our room where the staff has laid out our futon beds. The bed is two mattresses laid out on the tatami mat floor, which is surprisingly comfortable.

But to be honest, only Espen slept through the whole night. The windows are rather thin, so it is a bit noisy from the outside traffic, and in the early morning when the sun comes up the room becomes incredibly bright because there are no curtains. But it is a memorable night! Almost like being on a camping trip! 🙂

The breakfast (also included in the price of the room) is a bit similar to the dinner, with several small dishes of different vegetables, soup, fish and meat (both raw and cooked), as well as some western food like yogurt and croissant. Some of the dishes are a bit strange, while others are delicious:

Before checking out, we went for a little walk in the Ryokan’s small but beautiful garden. 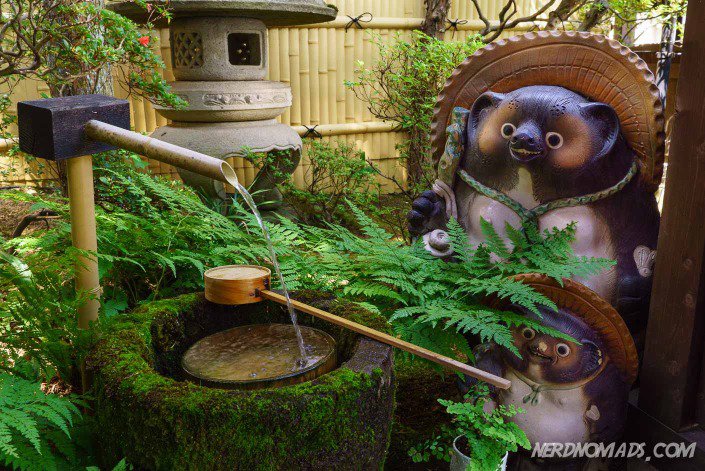 We enjoyed our stay at the Yamakyu Ryokan! It was a nice experience, where we got to see and feel the Japanese culture and least but not all try authentic traditional Japanese cuisine. The highlight for us was the food and the Onsen.

Staying at a Ryokan can be very expensive, so we search a lot and found this which is one of the cheaper Ryokans in Japan, which still has the authentic old  Ryokan feeling and private bathroom. We paid 150 us$ per night for two persons (75 us$ per person) for one night, including dinner, breakfast, and Onsen.

We really recommend a stay in a Ryokan if you go to Japan! I would say it is A MUST when visiting Japan! It is a special and relaxing experience that everyone should take the opportunity to try. It is entirely worth the money!

How Much Does Ryokan Cost?

We paid 150 us$ for two persons (75 us$ per person) for one night, including dinner, breakfast, and Onsen. A very good deal!

Yamakyu Ryokan is considered to be one of the cheapest Ryokans in Japan. Click here to check the latest prices

Yamakyu Ryokan is in Takayama City, in the middle of Japan (Japan Alps).

How To Book Yamakyu Ryokan?

Click here for the latest prices and availability for Yamakyu Ryokan

How To Get To Yamakyu Ryokan?

Yamakyu Ryokan has a free pickup service, so we called them from the Takayama Train Station, and they picked us up within a few minutes. You can easily get to Takayama city by train.

PIN IT FOR LATER!
Hover over the image below, and press the red “Save” button that pops up: 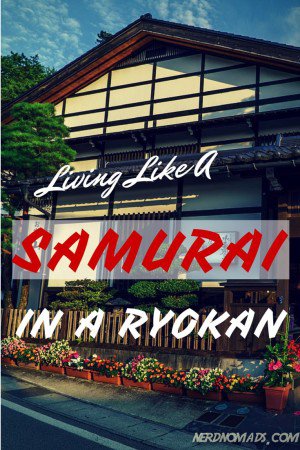 Have you stayed in a Ryokan? If not, can you picture yourself staying in a Ryokan? Please leave a comment in the comment area below! If you liked this article and found it useful, please share it on social media! Thanks! 🙂