Night Tour Of Bangkok By Tuk-Tuk! 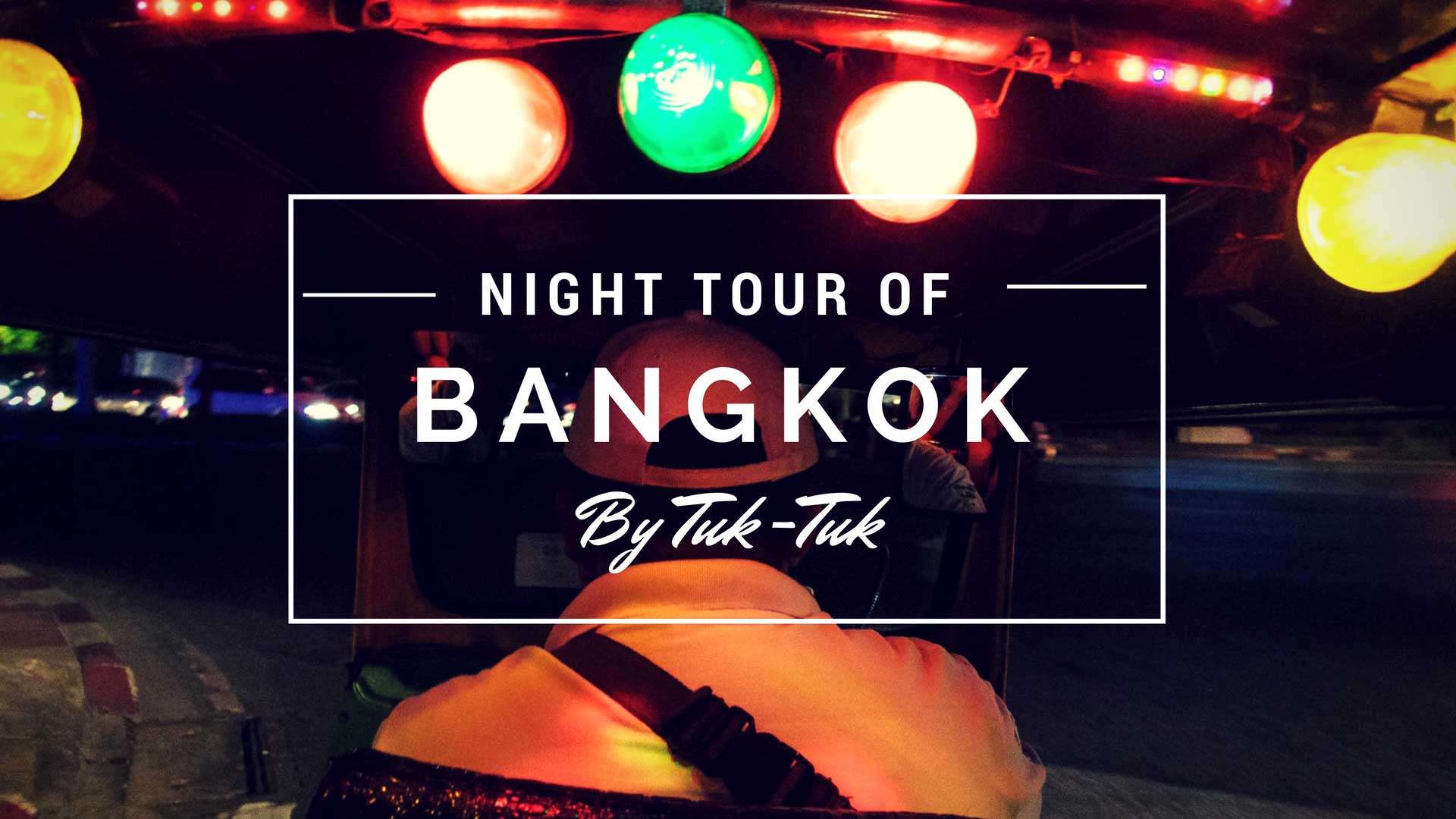 Bangkok is our favorite city at any time of day, but at night the city really comes alive. There are few things quite as much fun as cruising along the streets of Bangkok on a chill summer night onboard one of the city’s iconic Tuk-Tuks, immersed in the sights, sounds, and smells of the most vibrant city on earth.

So when Expique invited us to join their Bangkok Night Lights Tuk Tuk Tour we weren’t exactly hard to convince!

We met up with our three guides Simon, Natt, and Ning from Expique at a SkyTrain station on the outskirts of Bangkok. We were all put in tuk-tuks and headed off into the bustling Bangkok night. 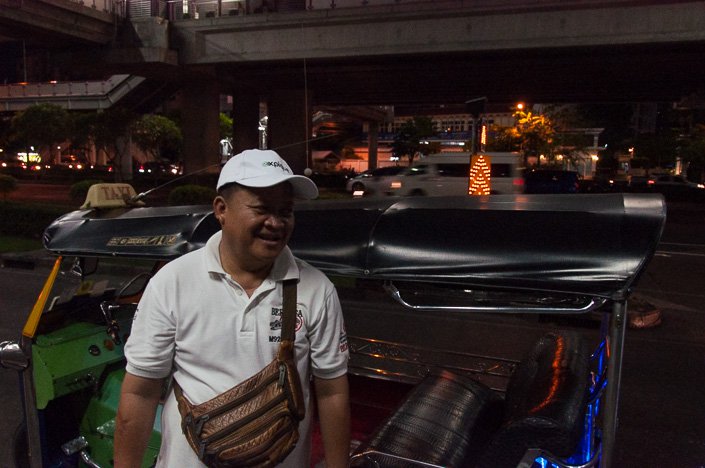 Our first stop on the tour was at the vibrant and busy Klongsan Plaza night market. This area used to be a train station back in the day. 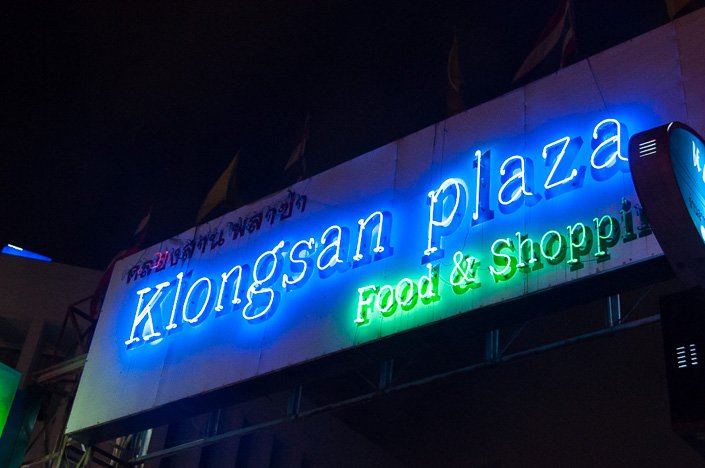 Here you will find everything from trendy clothes, shoes, jewelry, jeans, accessories…..Yep, basically everything you might need for a new look! Few tourists know about this market, which is a lucky thing because that means they are likely to be charging Thai prices.

You will also find many stands selling food, drinks, and snacks here. 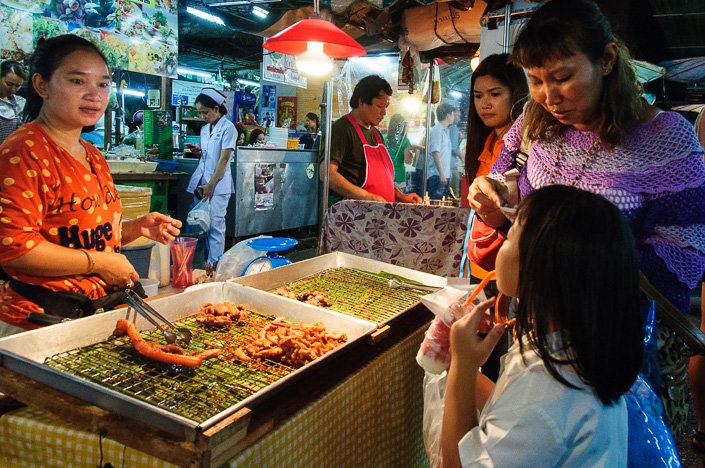 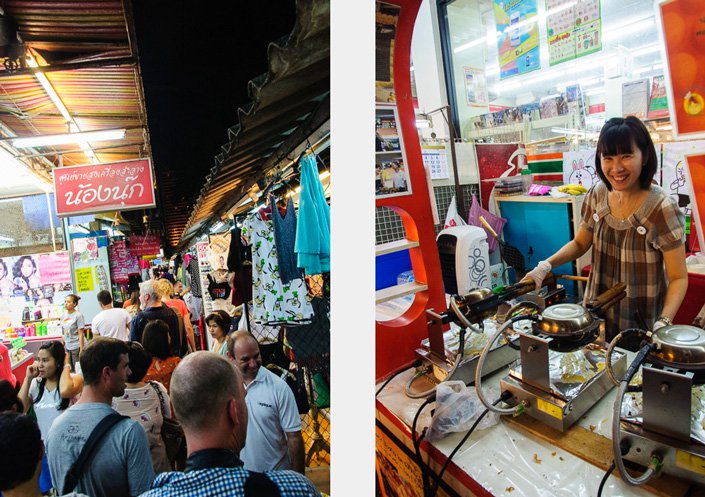 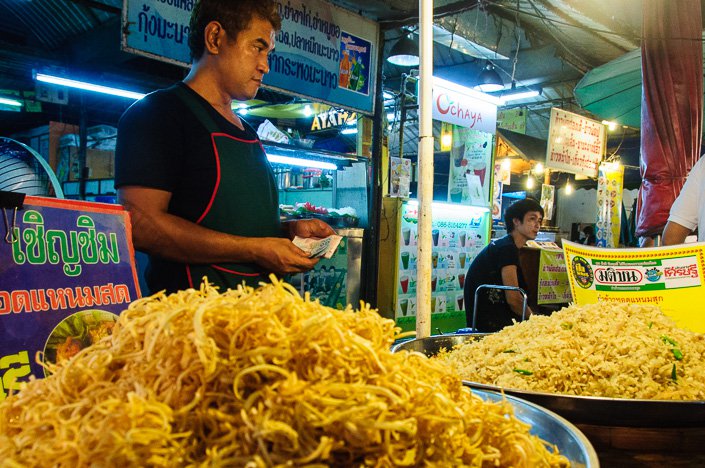 In this market, we also stopped to visit a giant Buddhist monk (not a real one, a doll).  Here they also sell amulets that will protect you and give you a long and happy life. 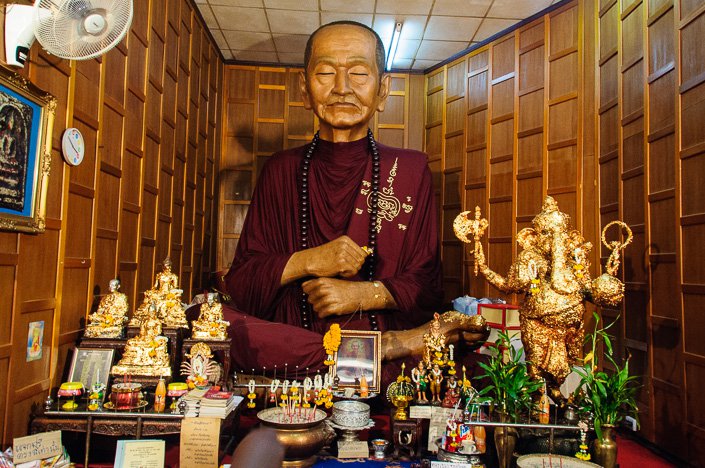 After a short tuk-tuk ride, we stopped at the beautiful shining white Wat Prayoon (or Wat Rua Lek). This temple is 138 years old and was built during King Rama III’s period (1824-1851).

The temple includes a large inverted bell shaped pagoda, Turtle Mountain with its spirit house and a turtle pond where visitors can feed the turtles. We did not feed or see any turtle; they had probably all gone to sleep. Thais believe that to save the life of a turtle, gives you a long life.

After Wat Prayoo, it was time to leave the tuk-tuks and try another transportation favorite among the locals. So we jumped on a river shuttle ferry. 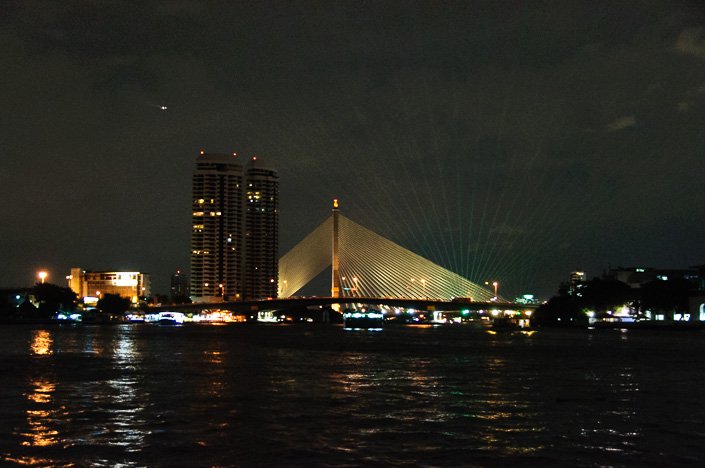 Along the way, Expique provided us with typical Thai snacks. At the Klongsan Market, they gave us deep fried fish cakes, and here as we waited for the ferry we were given green Thai custard flavoured dip with bread for dipping. It was delicious! We have never dared to try any of these snacks before, as they look a bit strange :).

Finally, it was time to fill up our bellies, which was good because I was starving! 🙂

We visited the restaurant Thip Samai, which apparently has the best Pad Thai in Bangkok! Not bad considering that they sell Pad Thai EVERYWHERE in this city :). So we had high expectations about this Pad Thai, and it did not disappoint! So is it the best in Bangkok? Impossible to say, but we have eaten a lot of Pad Thais over the years, and this one was delicious!

Thip Samai also have the most amazing orange juice I have ever tasted! It was so fresh and full of flavor! I could just feel it`s healthfulness as I was drinking it, filling me up with vitamin C. So if you go here, make sure to order the orange juice and not just another Singha (which you can buy everywhere in Thailand). 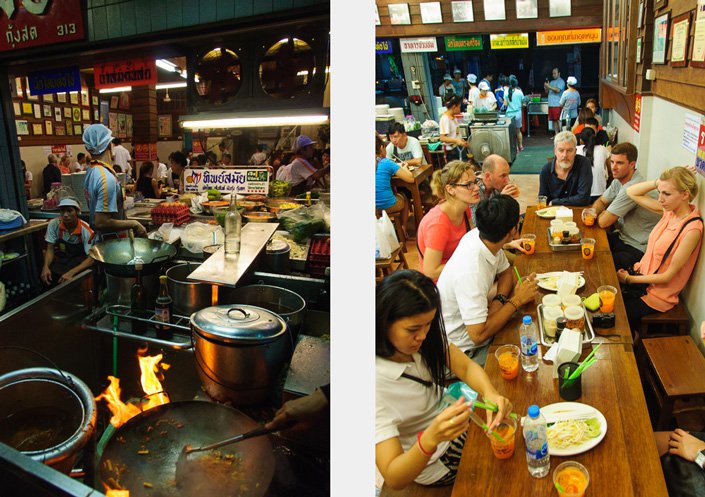 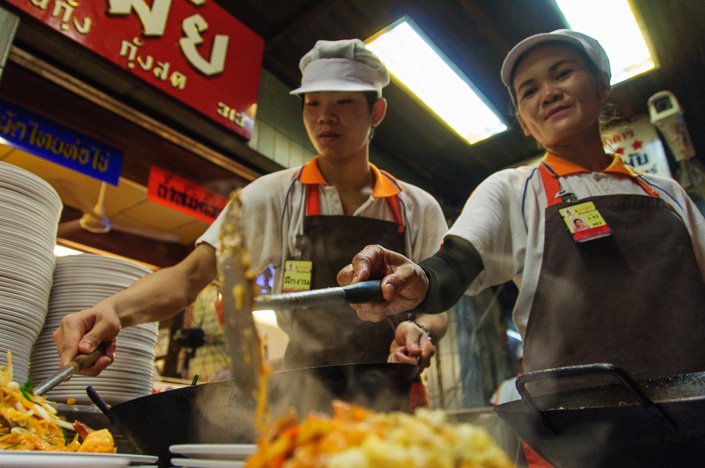 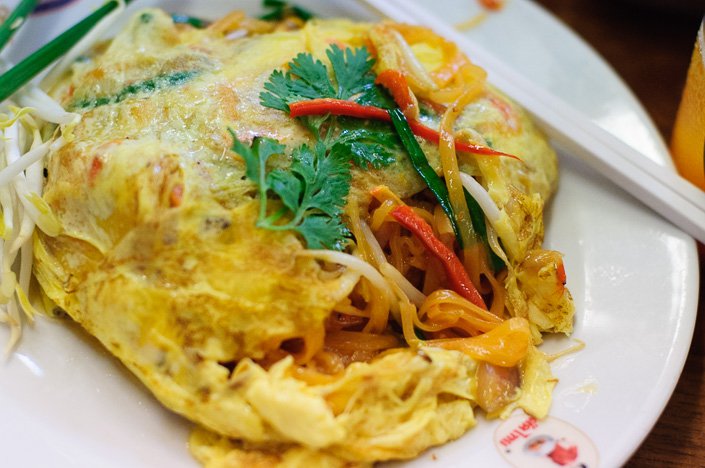 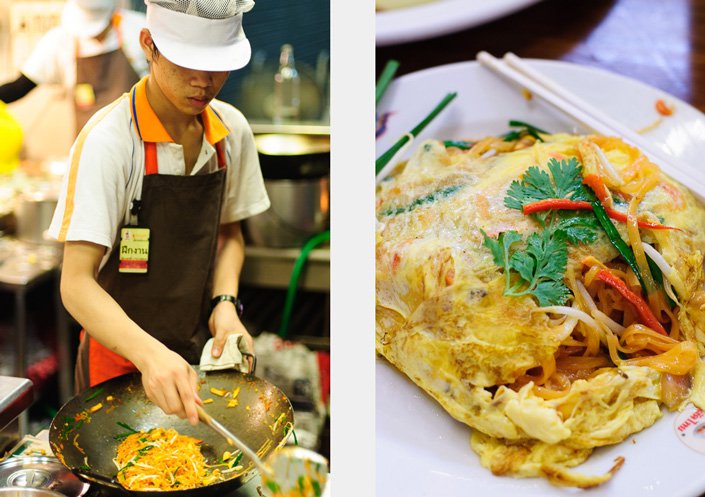 After getting our energy back, we headed over to Bangkok`s Giant Swing (Sao Ching Cha). Yep, you read correct….a HUGE swing! It is located next to Wat Suthat, one of the most important Buddhist centers in Thailand, which also has a lot of bronze sculptures. You can`t miss it, as it is tremendously tall!

The city’s iconic Giant Swing is over 21 meters high and painted blood red. It was built in 1784 by King Rama I, two years after the establishment of Bangkok as the new capital, and shows the strong influence of Brahmanism in Thailand.

The Giant Swing was used as part of the Swing Ceremony, one of 12 royal Brahmanic ceremonies annually performed to celebrate the new year, to propitiate Brahmanic gods and to ask for their blessings.

The Swing Ceremony used to be grand, and the highlight was when three groups of four Brahmans each rode on the Giant Swing, as a re-enactment of when Shiva descended to the earth.

According to an ancient Hindu epic, Shiva was sent to earth after Brahma had created the world. When Shiva descended the earth, the great snake (Naga) wrapped around the mountains to keep the earth in place. After Shiva had found the ground solid, the snake went into the sea in celebration.

In the Swing Ceremony, the Brahmins would swing and try to catch a bag of coins placed on one of the pillars with their teeth. It sounds pretty dangerous and stupid if you ask me. Typical men to do something like that, just to show off how brave they are! 🙂 Apparently (and not so surprisingly) there were several fatal accidents where people got hurt and even died while swinging, so they stopped using it in 1935. Well, too bad, as it would probably be a spectacular show!

Onto our next stop, the famous and mighty tourist attraction Wat Pho! We have been to Wat Pho a couple of times before, but only during daytime. We didn`t know it was possible to enter the place in the evening, and best of all, for free! We were not allowed in to see the Reclining Buddha (which is in a building of its own), but could walk around the premises.

We had the place all to ourselves, and it was so peaceful and atmospheric! I could have stayed there forever, as it felt magical. 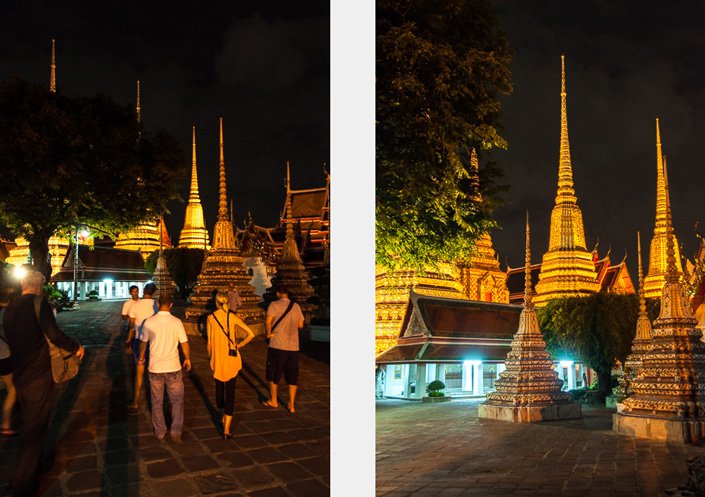 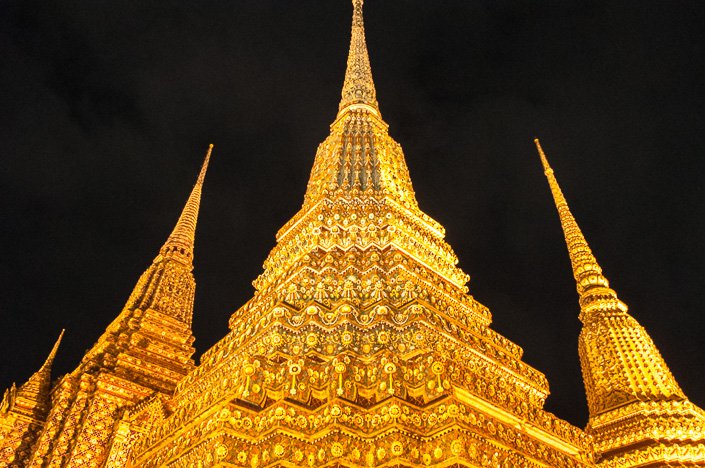 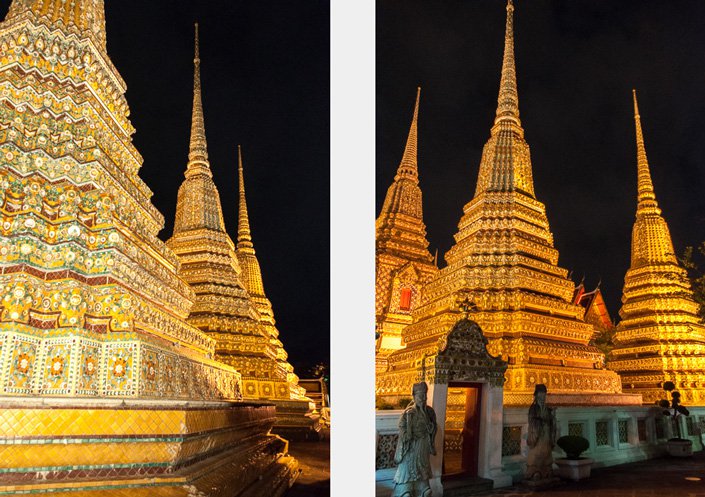 Next up, after another fun tuk-tuk ride through the busy streets of Bangkok, was the bright and colorful Flower Market (Pak Khlong Talat). Although we had heard about this market before, we have never been there. 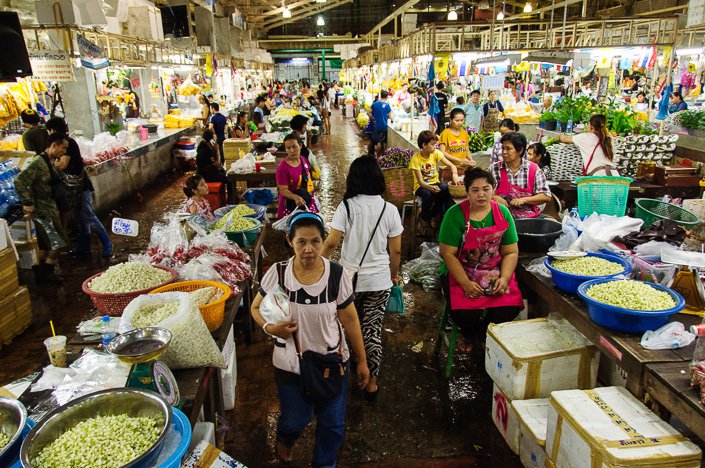 It was a beautiful and vibrant market to visit, full of colors and lovely smell! Here you can find all kinds of flowers, vegetables, and fruits. 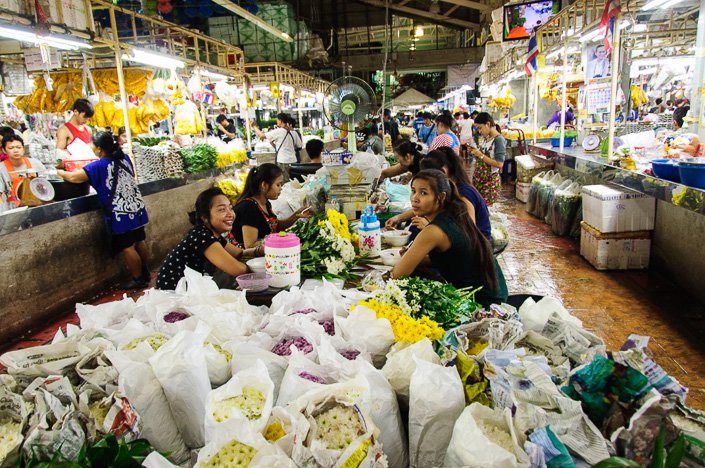 Though the market is open 24 hours, it is busiest before dawn, when boats and trucks arrive with flowers from all over Thailand. Here both consumers and wholesalers come to buy flowers and vegetables.

Many local florists come to the market early in the morning to stock up on flowers to sell in their shops the following day. Also, the poor who make a living out of stringing and selling flower garlands on the streets, buy sacks of jasmine and marigold flowers here.

The market has a long history, all the way back to the reign of Rama I (1782-1809) when it was a floating market here. Later it changed into a fish market before it became the kind of market it is today. It has been a flower market for over 60 years. 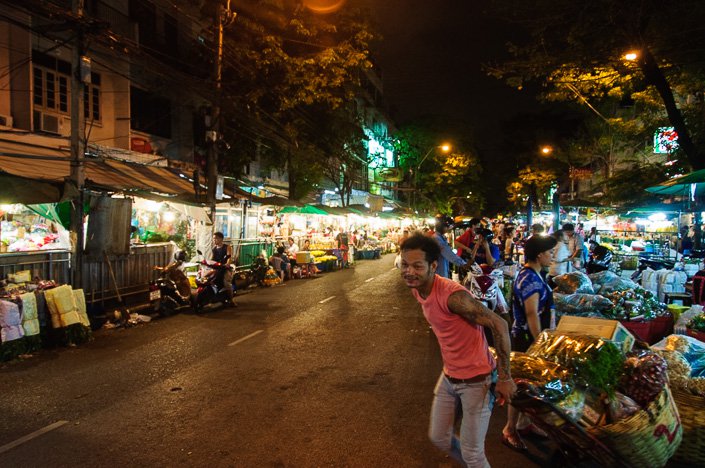 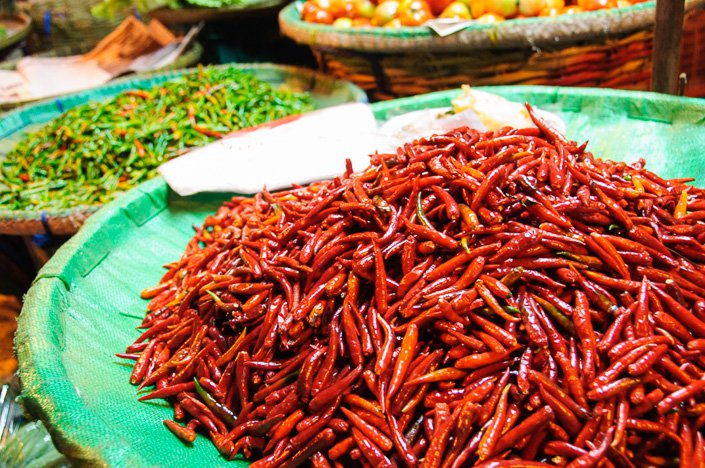 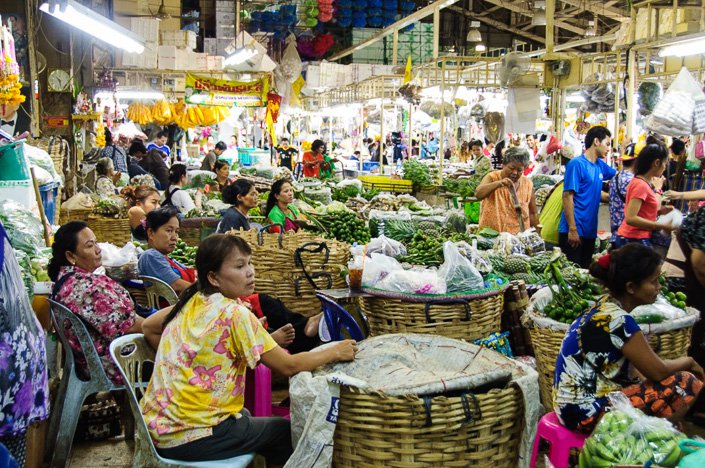 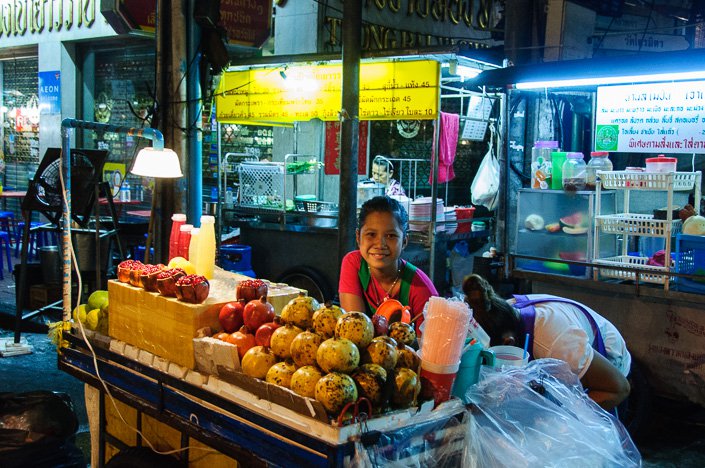 We ended our tour in Chinatown, having some strange Thai-Chinese dessert containing 16 different ingredients (don`t ask me what was in it….) covered in ice and sugar water. I wouldn`t go as far as to say it was the best dessert ever, but it was interesting…

We ended the tour just before midnight. We very much enjoyed this night tour of Bangkok by tuk-tuk with Expique! Our three guides were so helpful and friendly, and had a lot of in-depth knowledge of Bangkok and could answer all our questions. Even though we have been to Bangkok many times, they showed us places we have never been before, places we wouldn`t know of or find ourselves.

The tour we went on is Expique’s classic “Bangkok Night Lights Tour – Join-in Tuk Tuk Tour” and this is their most popular tour. This year (2016) they added another Tuk Tuk tour to their program. It is also a night tour of Bangkok but with even more focus on food. It is called “Evening Food and Tuk Tuk Adventure”. It sounds really cool and we hope to try that out next time we are in Bangkok. You can read more about it on

This year (2016) they added another Tuk Tuk tour to their program. It is also a night tour of Bangkok but with even more focus on food. It is called “Evening Food and Tuk Tuk Adventure”. It sounds really cool and we hope to try that out next time we are in Bangkok. You can read more about it on the Expique website.

Thank you, Simon, Natt, and Ning for a great tour! Seeing Bangkok by night from a tuk-tuk is for sure the best, most fun and authentic way to experience the “city of angels”! 🙂

Where To Stay In Bangkok

Bangkok offers a wide selection of accommodation for all budgets, and you will have plenty of choices when it comes to finding the right place to stay.

Bangkok is pretty affordable when it comes to accommodation, so you can get some really good deals and even find five stars hotels very cheap compared to other places in the world. However, accommodation prices do vary greatly with the season. Below are some of our favorite hotels in Bangkok.  We have stayed at all of the hotels below.

Read our review of Hotel Muse her. It is a cool and unique boutique hotel, perfectly located in the center of Bangkok!
Click here for latest pricesAvani Riverside

If you’d like to stay along the river without breaking the bank, the new Avani Riverside hotel is a great alternative to the usual riverside luxury hotels. Rooms are super comfortable with fantastic views overlooking the Chao Phraya River and the fantastic rooftop infinity pool is probably our favorite in Bangkok.Click here for latest prices

Casa Nithra
If you’re looking for a mid-range option close to Bangkok’s famous Khao San area, then the Casa Nithra comes highly recommended. The rooftop swimming pool is lovely, the rooms comfortable and the breakfast has plenty of options. It’s located in a quiet area, yet Khao San is just an easy walk away.
Click here for latest prices

Hotel Icon
Hotel Icon is a small hotel centrally located on Sukhumvit road. The rooms are fresh and modern, big and comfortable with all the usual comforts such as flat-screen tv, aircon, and free Wi-Fi. The rooftop swimming pool is great!
Click here for latest prices

⇒ For more accommodation options and tips on which areas of Bangkok that suit you best, read our complete guide to where to stay in Bangkok.

We used the Lonely Planet`s Thailand travel guide on our trip. You can get that and other great books by clicking on the pictures below which will take you to Amazon.com (affiliate links):

PIN IT FOR LATER!
Hover over the pictures below and press the green PIN IT button: 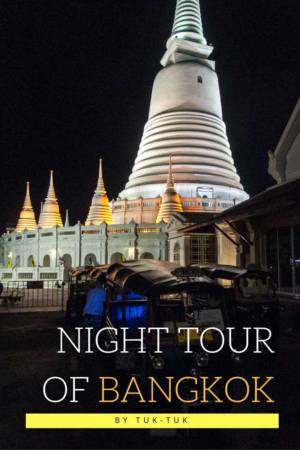 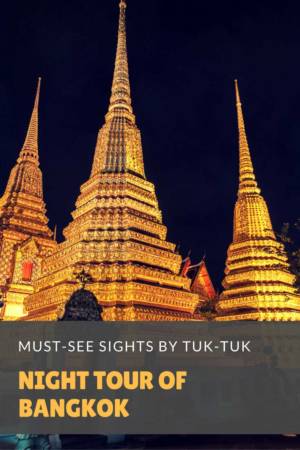 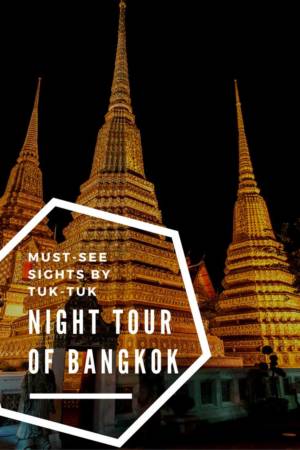 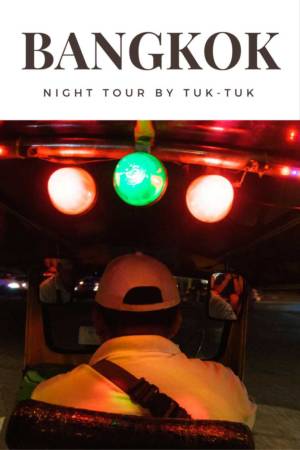 We were guests of Expique, but the words, photos, and opinions are our own. You can read more about Expique and their tours in Bangkok on their website. Many thanks to Expique for their hospitality!